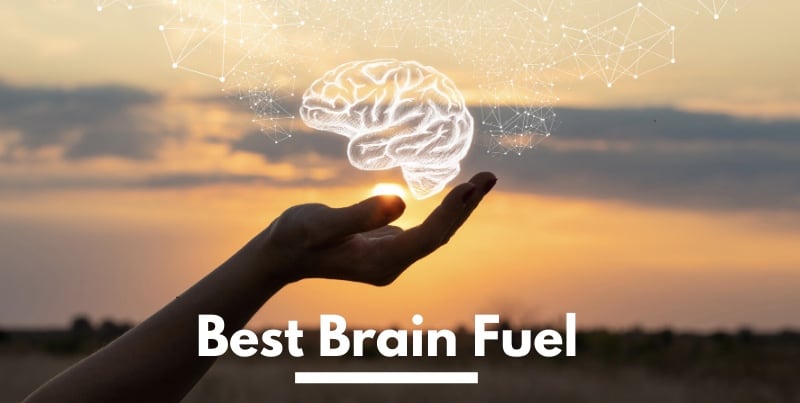 Steps to improve brain power and prevent premature aging due to inflammation.

Did you know that you can take steps today to change lifestyle, eating and activity habits that will change your brain?

Your brain is “plastic” which means that certain behaviors can improve how well your brain works.

You can help strengthen neural networks, influence the production and use of certain neurotransmitters and improve the capacity of brain functions.

Want to have better focus, clarity and memory? It is possible to improve your brain with these top tips!

One of the biggest health problems that we face today is the result of inflammation. Chronic, low levels of inflammation were not how the body intended to react and function. The result of our modern world, however, has lead to chronic inflammatory responses that have a negative impact on the body and the brain. Since every important function in your body is directly driven by the brain or central nervous system, the impact of chronic inflammation can be extremely detrimental and lead to premature aging and disease.

Many of the neurological diseases that plague the later years in life are many years in the making with symptoms subtly occurring way before the debilitating effects take place. These symptoms are mainly a result of chronic inflammation as our body mounts an attack in an  attempt to heal, protecting against the many environmental and lifestyle triggers that we are bombarded with on a daily basis.

Whether it is the toxins inherent in our environment from mass produced products, the inflammatory foods abundantly available and ubiquitous in our society, the lack of nutrient density and preservative laden foods leading to obesity or the chronic stress we face in a culture that promotes a fast paced, productivity centered and sleep deprived population – we are faced with numerous preventable health threats. Health threats, that are being largely ignored and accepted as a way of life most likely because the results take years to recognise and are multifactorial, making it difficult to research.

We have not yet evolved to live the life we live today.

It was highly beneficial to mount this inflammatory process in our hunter gatherer past. It was a life saver, in fact. Today, that same response to relatively benign stimuli are leading to attacks on the body and creating diseases and loss of function which prevents quality of life. Yes, we have plenty of medications that place a band-aid on the symptoms. This band-aid, however, comes with its own set of risks. Have you ever looked at the side effects of these powerful drugs? I am not saying that there is not a place for medicine, because they can be life saving, but there is clearly a lack of focus on prevention of disease in the first place.

You have the power to prevent many inflammatory diseases.

Inflammation can create problems in multiple systems throughout the body, such as the brain, gut, joints, skin, heart, and circulatory system.

Going back to brain health, the subtle signs of an aging neurological system may be linked to inflammation. Brain fog, decreased focus, memory problems, depression/anxiety…These are all symptoms that our brain is not working optimally.

The great news is that you do not have to succumb to an ill fate and be plagued with these disorders as you age. You CAN change your future and your quality of life as you get older. You can improve the mental focus, mood and memory you have now to be more effective and live a fuller life.

The biggest causes of inflammation are areas that YOU can affect, starting today.

Do not have time to read the entire blog? Check out this infographic for the quick version. My 6 top tips to promote brain power: how to increase mental clarity, mood and focus.

Ok, for those of you who want more specifics….

The gut and inflammation.

Addressing gut health issues, managing stress and making smart lifestyle choices that reduce body fat will help to decrease chronic inflammation. High levels of adipose tissue has been shown to be inflammatory. Making the choice to eat healthier and get active is the paramount factor in preventing disease.

Food has a major effect on the brain and the gut. The gut microbiome or layer of cells along the digestive tract influences not only the immune system (inflammation), but also the production of neurotransmitters. The mood boosting hormone serotonin is heavily regulated by the gut and affected by the balance of bacteria in the gut mediated by diet. Eating foods high in antioxidants, that are high quality and nutrient dense. Avoid inflammatory foods, such as highly processed foods with preservatives. Cut out inflammatory and highly refined oils, such as canola and soybean oils. Minimize simple carbohydrate foods, while including complex healthy carbohydrates. Milk, eggs, gluten and soy are highly allergenic for most people. Consider an elimination diet to find out which foods are best for you.

Controlling weight and inflammation are the two most important factors to improve brain health. Lowering blood sugar, eating clean proteins and having an abundance of colorful vegetables in your diet are a priority. Certain herbs, such as turmeric have also been shown to decrease inflammation. High quality Omega-3 fatty acids are also helpful for the anti-inflammatory effect.

A little about ketosis. Incorporating intermittent fasting and switching from a sugar burning metabolic state to using ketones can help not only clear up brain fog and inflammation in the brain, but it also allows your body to rid itself of poorly functioning cells that create toxic build up.

Intermittent fasting can help the body use ketones for brain fuel which will have an overall positive effect on not only burning fat, but also brain function. The MCTs (medium chain triglycerides)  in coconut oil have been shown to increase mitochondrial function in the brain and increase cognitive power.

See my free gut healthy mini course for details on how to improve gut health. https://getbetterwithheather.com/the-ins-and-outs-of-gut-health/

Stress which affects nearly 80% of the american population has a detrimental effect on the entire body, including the brain. One of the most beneficial ways to reduce stress and the sympathetic nervous system from working overtime which drives up cortisol and inflammation is by stimulating the parasympathetic nervous system which increases heart rate variability. Meditation and deep breathing are highly beneficial for reducing sympathetic tone and inflammation in the body and brain. Meditation has also been shown to increase BDNF or brain derived neurotrophic factor a key hormone the body uses to protect and repair neurons. Brain imaging studies have shown that meditators have larger grey matter areas in the brain. Meditation will help with a sense of inner calm, clarity and focus. See previous blog post for a more detailed explanation on the effects of chronic stress on the body). https://getbetterwithheather.com/are-you-stressed-here-are-the-signs-of-chronic-stress-and-tips-to-improve-your-health-and-wellbeing/

Lack of sufficient sleep will also hurt your brain. Constantly getting less than 7-8 hours of sleep each day is associated with decreased blood flow which affects mood, focus and memory for days after. Also, when getting less sleep, you tend to eat more to help increase alertness and this can lead to obesity. Sleeping less is associated with higher rates of obesity. The brain actually has been shown to cleanse itself during sleep. It goes into a repair mode. DUring wakeful hours the brain is busy performing the functions that keep you going and has no time to repair. So, lack of sufficient sleep can wreak havoc on the removing the “garbage” from your brain which leads to toxic build-up.

You can promote better sleep by avoiding blue light electronics, such as TV or computer screens an hour or two before bed. There a blue light blocking glasses that can help reduce the stimulating effects of blue light on the brain right before bed.

Supplements such as melatonin and Magnesium have been shown to be effective for helping with sleep, as well.

Anything that dehydrates your body, also dehydrates your brain. SInce your brain is 80% water it is heavily influenced and affected by water intake and chronic dehydration can create a toxic environment that can affect focus, alertness and creativity, and lead to mood issues and mental exhaustion. Avoid highly caffeinated, sugary or alcoholic drinks for hydration. Pure water with lemon or sliced fruit is perfect.

Aerobic exercise upregulates serotonin and BDNF (brain derived neurotrophic factor). Both of these brain hormones are known to shape brain processes, build and strength neuro-circuitry which ultimately affects cognitive processes. Improving these systems in the brain also helps to deter the effects of aging on the brain which reduces memory and learning. Even 10 minutes of aerobic exercise daily has been shown to have a positive affect.

Using and challenging the brain also stimulates and improves neural connections. The brain is made up of circuit patterns consisting of nerve cells. These pathways and new connections are made and created when challenged. Learning a new skill, having a job that requires complex problem solving or playing multisensory games that challenge memory and thought processes will help to improve and prevent age related changes in the brain.

Check out my top nutrients that fuel the brain!